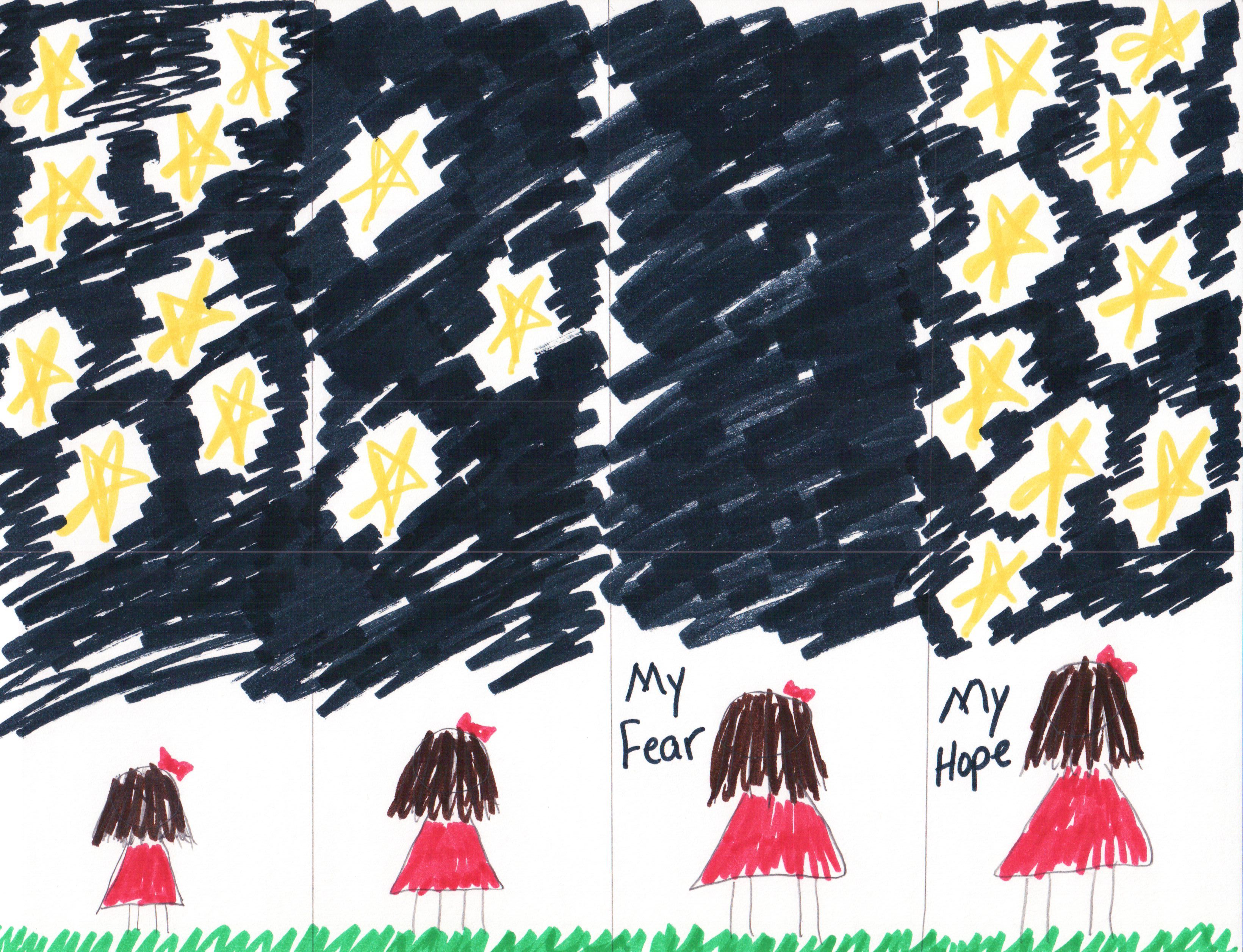 Let me first start out by saying, I am no artist. On Thursday night we went to the Shine a Light on Usher Syndrome Campaign Launch Party, hosted by Kidz b Kidz. I’ve never cried so much at a “party” before. We listened to two girls speak, the first was 18 years old and she has the exact same type of Usher Syndrome as Rebecca has. She started off her speech by saying that she began losing her night vision at 7 years old, 7 YEARS OLD!!!! Reagan is 7 years old, and that went by in the blink of an eye. The next girl who got up to speak was 17 years old, and she has type 2. She spoke about her life and she said that one day she went outside at night and looked up at the sky and she noticed that she could no longer see the stars. She said that one day, she hopes to see the stars again. This is where my work of art comes in. There was paper and markers in front of us. Nancy Corderman from Kidz b Kidz stood up and said that she wanted us all to draw what we were feeling at that moment. So this is what I drew….

Again, I am no artist, not even close. It looks like a 5 year old drew this. But this is what I was feeling. I want Rebecca to always see the stars. It kills me to know that one day, she may not be able to. We met some great families at this event, and we saw pictures all around the room of other people with Usher Syndrome. Our picture was taken by a New York Times photographer, which will be used for this campaign. The hope is that this campaign will eventually be on billboards and on the sides of buses. Usher Syndrome is an orphan disease, which means there are less than 200,000 people in the U.S. with it. In fact, there are only about 40,000, and therefore, pharmaceutical companies have no interest because it is not worth their while, and there is not enough funds to support more research. Of the estimated 400,000 cases of Usher Syndrome in the world, only 1% are registered with the research community. This is where the difficulty lies. Researches need to be connected with patients in order to perform clinical trials. If you know someone with Usher Syndrome who is not registered, they should register here- Usher Registry. We need to raise awareness and funds for this syndrome. We are only beginning on this journey, but we are going to do whatever it takes. Rebecca is going to see the stars.